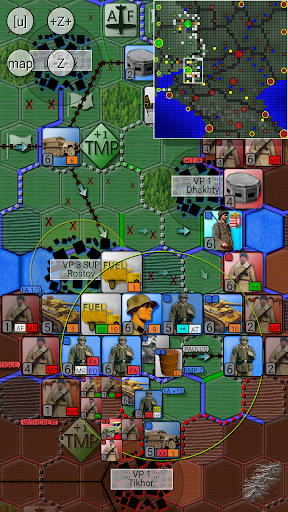 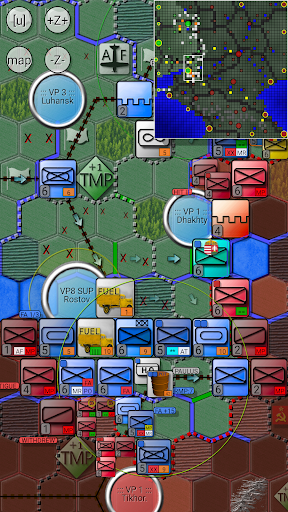 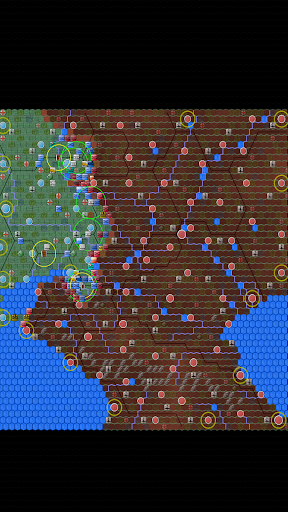 In spring 1942 Wehrmacht was preparing to launch Case Blue, German summer offensive on the Eastern Front. The plan outlined advance to Stalingrad and then the main force would turn south and drive to Caucasus to seize the crucial oil fields of Maykop, Gorzny, and Baku. As a preliminary step for the Case Blue, Wehrmacht was gearing up for two pincer attacks to cut off strong Soviet forces in the Izyum bulge, south of Kharkov, meaning German forces in the area were in offensive positions. However, just 6 days before the start date of the German operation, Red Army launched a massive campaign of their own from Izyum to re-take Kharkov, smashing directly into one of two the German armored pincers preparing for their own attack. German generals wanted to go on the defensive, but Berlin HQ ordered Wehrmacht to go on the offensive, and the resulting victory in the Second Battle of Kharkov wiped out strong mobile forces of Red Army in the southern sector of Eastern Front, allowing the following Case Blue attacks to advance fairly effortlessly towards Stalingrad. This lack of fierce Soviet resistance mislead Germans to split their force into two: One group moving towards Stalingrad, the other south towards Caucasus. The split caused fatal logistic issues: Germans could not know which Corps would be advancing how much at any given week, so there was never enough fuel at the right time at the right place, forcing entire corps to stay put even when they faced only token Soviet formations, giving the Red Army time to rebuild their defenses along the river Volga and Caucasus mountains.

+ Good AI: Instead of just attacking on direct line towards the target, the AI opponent balances between strategic goals and smaller tasks like encircling nearby units.

Full campaign is available from the app store.

Conflict-Series by Joni Nuutinen has offered highly rated Android-only strategy board games since 2011, and even the first scenarios are still actively updated. The campaigns are based on the time-tested gaming mechanics TBS (turn-based strategy) enthusiasts are familiar with from both the classic PC war games and legendary tabletop board games. I want to thank the fans for all the well thought-out suggestions over the years which have allowed these campaigns to improve at a much higher rate than what any solo indie developer could dream of. If you have feedback about this board game series please use email, this way we can have a constructive back and forth chat without the limits of the store’s comment system. In addition, because I have huge number of projects on multiple stores, it’s just not sensible to spend handful of hours each day going through hundreds of pages spread all over the Internet to see if there is a question somewhere — just send me an email and I will get back to you. Thanks for understanding!
v1.7
+ Setting: Turn Italian/Romanian/Hungarian units ON/OFF
+ Setting: Show terrain on minimap (slight color variation)
+ Bug fix: Encircled AI units were too passive
+ HOF cleared from the oldest scores
v1.6.8
+ Setting: Turn Mortars ON-OFF
+ New lighter sea-water hexagon icon and lighter rivers
+ Unit Tally includes separately HPs lost by bombardment-barrage
+ Removed Confirm Ending Turn dialog ON-OFF setting