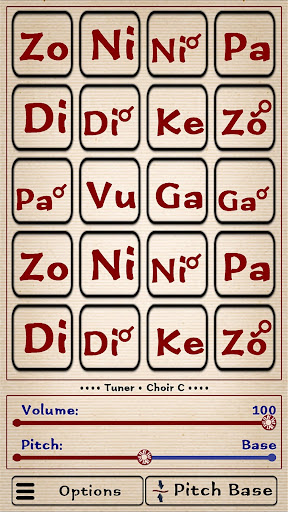 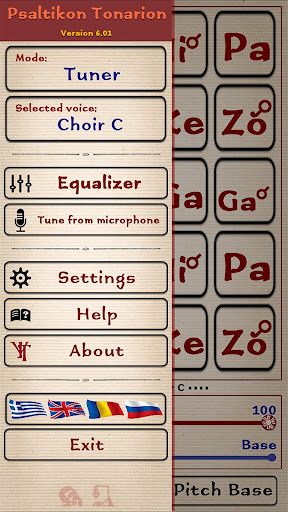 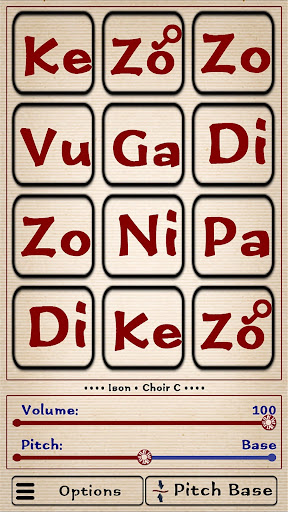 “Psaltikon Tonarion” is a program that can be used as a tuner and/or as an isocrate.

THE ONLY TUNER / ISOCRATER PROGRAM THAT CAN DETECT THE TONE FROM THE MICROPHONE !!

Some of the benefits of the program are:

-Beautiful environment with respect to tradition.
-It has the entire physical scale from the bottom Di to the Upper Pa.
-Very naturat transition from one note to the other.
-Ability to select the smoothness in the transition between the notes.
– Natural sound.
-Seven different voices preinstalled: Four kinds of choir one monophonic (solo), natural voice and tone (instrument).
– Ability to create new sounds and voices by importing wav and ogg audio files.
-Change voice volume inside the program in real-time.
-Change the voice pitch in real-time.
-Ability to detect the tonality from the microphone!
-The tonality can be changed by the step of one point or several each time.
– Ability of selecting maximum and minimum tonality.
– Ability to balance low and high frequencies (equalizer).
-Easy to use. You don’t have to press a separate button to stop the voice.
-Different behavior in its use as a tuner and as an isocrater. As a tuner, the voice stops as soon as you release the button. As an isocrater, it stops when you press the same note again.
-In isocrater mode, only useful notes with larger buttons are displayed to make it easier to handle. Optional you can view all the notes.

“Psaltikon Tonarion” is a tool that we believe and hope will help the chants and students of our ecclesiastical music.

THIS IS THE FREE VERSION, which has the following limitations:
-Some of the notes are off.
-A special reminder screen appears at the start of the program

You can download the FULL VERSION here: https://play.google.com/store/apps/details?id=com.charisis.tonarion
-New operating environment
-Larger buttons for notes
-Other corrections and improvements