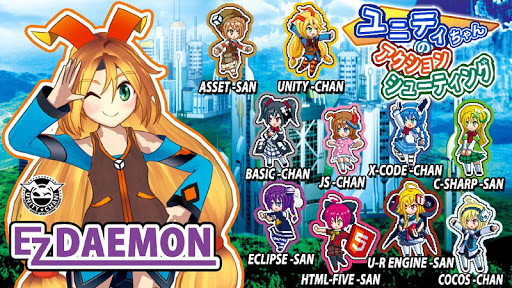 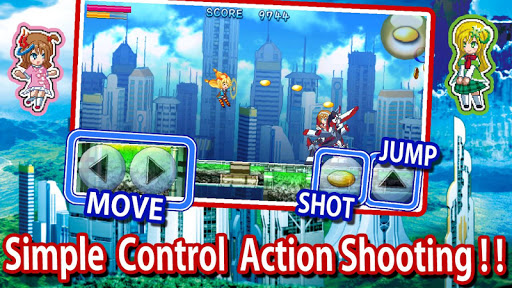 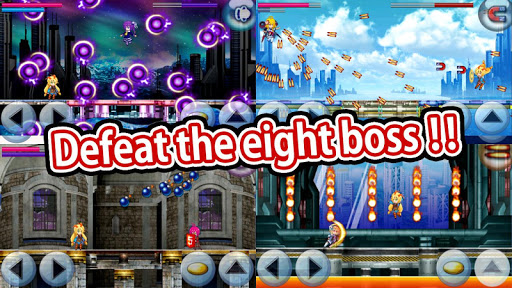 This game is recommended for 2D side-scrolling jump action shooting game fan!
Unity-chan’s objective is to defeat the eight boss.
In support Internet Ranking, you can compete in the Unity-chan’s Action Shooting RANKING.

● Simple operation, Let’s play this jump action shooting game!
● Let brilliant jump action using the movement keys and jump buttons!
● Jump force changes in the length and press the jump button. you can double jump, the degree of freedom that can be highly action!
● Unity-chan would be able to have eight shots.
● It is okay in the jump action shooting game beginner, you can get used to operation in order from a simple stage!
● The game as the second half, high technique is required! It is time to show your techniques!

● You can shop at the point where accumulated in the game play! And get the useful items!
● Last stage in the world is a boss battle!
● When defeat the eight boss, new boss will appeared!!

● Given a rank by score earned in each stage. Let’s aim at “ALL S RANK”!
● Given a grade to a player from the evaluation of the stage you have ever played! Let’s aim to “十段”!
● You can play the stage Once Played any number of times re-challenge! Many times trying to acquire a further high score by playing.
● If you are compatible Internet Ranking, It is hot high score competition with rival! Let’s show your action technique in the world!
● You can also give the difference to other players by clearing the high difficulty daily stage!
● You will get the trophy by specific conditions are met! Also get further bonus points!
● Enjoy the character voice of “UNITY-CHAN”, “ASSET-SAN” and other

Cast
Mafuyu Hiiragi :UNITY-CHAN and other
Megumu Morino :ASSET-SAN and other

This content is provided in the “unity-chan license”.
http://unity-chan.com/download/license.html
API Level Upgraded